It's Time to Undo the Damage 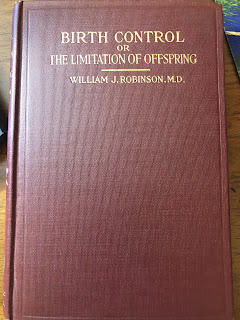 Did you know that back in 1920 a doctor by the name of Ben Reitman in Ohio was sentenced to six months in prison and a $1,000 fine for imparting contraceptive information? And during that same time period, Margaret Sanger was serving a 30-day jail sentence for a similar offense.
In 1920 "Dr." William Robinson wrote the Fifteenth Edition of his book entitled, "Birth Control or The Limitation of Offspring." In the preface to this edition he included the preface of the Fifth Edition of his book in which he wrote the following: "No change has taken place in our federal or State laws since this book made its appearance, eight months ago; the law against contraceptive information are still on our statute books in all their stupid malignity. But a tremendous change has taken place in the public opinion; the people who want the information are obtaining it, and the problem which is of such vital interest to the individual and to the race is gradually solving itself, without the aid and in spite of our legislators. January 1st, 1916."
Back then abortion was unthinkable in our society. It was unthinkable because society knew 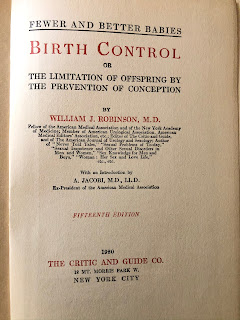 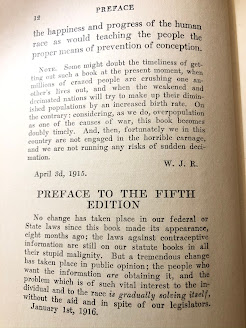 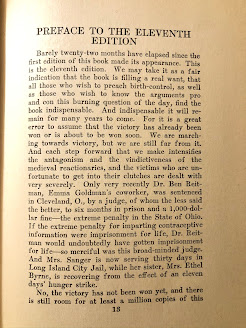 Posted by Abolitionist Society of Tampa

Anatomy Student Claims an Embryo is Not Life

Mainstream academia has lost all common sense of the fact that a human embryo is the LIFE of a new baby inside his mother’s womb who is worthy of human dignity. As a result, the majority of society views preborn children just as much a piece of property as society viewed the black community in the 1800’s. It’s time to #CriminalizeAbortionNow.

You can view this video directly on YouTube at the following link: https://www.youtube.com/watch?v=b4bNSRP62mY


Posted by Abolitionist Society of Tampa